“Chevrolet has hit upon the novel idea of using a little known area of challenging forest draped with intermittent terror and tarmac called ‘Nurburgring’ to test the capability of its new Camaro Z/28. It posted a lap time. It was quite fast.

How fast? 7m 37.47s. In isolation, that sounds incredibly slow, considering the Chevrolet Camaro Z/28 boasts a 505bhp, 470lb ft 7.0-litre V8 – the same one you’ll find in the Corvette Z06 – tinkered by Corvette Racing. All this power is marshaled through a six-speed manual gearbox to the 19in rear wheels in a torrent of sweaty-palmed fury. But then do bear in mind this ‘Nurburgring’ is around 13 miles long.

But of course, we jest; every single manufacturer has sent one or all of its product range around the terrifyingly damp and green forest hell that passes for the ‘Ring, and the Z/28’s lap time stands up commendably. According to The Internet, anyway (the usual caveat about unofficial ‘Ring lap times applies here blah blah…). 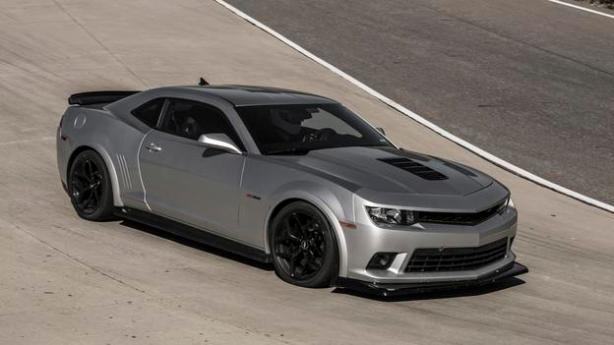